Balance of coverage - Freedom of the Press 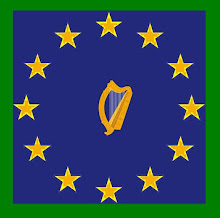 An independent and free media are cornerstones of a modern and open democracy.

Traditionaly on matters of referendum in the state, both sides of a debate are given equal time and funding on a question put to the people, as constitutional changes are different to politics as usual.
But a Broadcasting Commission of Ireland (BCI) conference who are meant to ensure this balance and fairness in state media have been told the rules are a "charter for every awkward squad".

The rules have now been changed. Quis custodiet ipsos custodes?

The BCI are meant to be an independent statutory organisation responsible for a number of key areas of activity with regard to television and radio services in Ireland.
Part of that is to ensure fair and balanced poltical coverage - for that reason this decision is unacceptable.

The constitution, the contract between the elected and the electorate, and referenda on that contract are the cornerstone of our democracy.
Any changes to the constitution must be debated openly and fairly.

Just because the result is not to a Governments liking does not them the right to suppress debate and dissent.
Part of democracy is that the Government must listen to dissenting voices who do not promote violence or hatred.
Reduction or restriction on airtime by the states broadcaster is supresson of debate.

Dont forget the 1948 European councils declaration of human rights included article 10, that Everyone has the right to freedom of expression. This right shall include freedom to hold opinions and to receive and impart information and ideas without interference by public authority

In Ireland the state through a licence fee partially covers the cost of our public broadcaster RTE.
Perhaps it is a question of 'He who pays the piper calls the tune'

Broadcasters are no longer required to allocate exactly the same amount of time to both the Yes and No campaign when it comes to editorial coverage.
It now appears each political party will be given equal time.

Considering the fact that a great deal of opposition comes from groups such as PANA and the Peoples Alliance who are not in political parties, this will skew coverage.

The only parties that oppose Lisbon are Sinn Fein and a independents.

The Greens have sacrificed their morals and independence in a desperate bid for political survival.
I find this very disheartning, but with Andrew Byrne on the executive, it seems the party has changed.
Despite their traditionally strong stance on non-alliance and workers rights the current Greens elected or appointed to the Dail and Senate put their personal political survival before the grass roots of the party and the good of the Nation.

Our reminants of Civil War politics, a discredited and unpopular Fianna Fail and an uninspiring Fianna Gael - tweedle dum and tweedle dumber, or two cheeks of the same arse - are also backing this re-run of the same referendum with the meaningless garuantees given by Brussels.

But it is an example of media manipulation by the Government which disturbs me.
We have seen examples of this before, and discussed them on this blog.

We have seen how disproportionate coverage of the idiot Justin Barrett was used to smear the No campaign in the second Nice Treaty.
In the first Lisbon Treaty Declan Ganley had unproven allegations over funding thrown in his direction, however, if you throw enough shit at a wall - some will stick, regardless of the truth.
Similar questions about Andrew Brne in CIPA were never really explored.

There is no official public funding for groups in a referendum campaign, although questions remain about Generation Yes,CIPA, Ireland for Europe and the IIEA.
Lack of funding is a severe disadvantage for less affluent groups.

To balance this, airtime on public stations has normally been split evenly between both sides of the argument, which helps groups with low funds which wouldn’t be able to buy a great amount of airtime.

In past referenda this protocal was followed, RTE took great care to give both camps the equal amount of airtime, but it was often perceived by observers that members of the Lisbon No-Camp were treated with less respect by the hosts than the representatives of the Yes-Side.

The Questions and Answers program was a great platform for debate, but this is not scheduled prior to the Lisbon II vote.
This is hardly surprising when Dr. Paul Anthony McDermott, probably the country's most eminent constitutional-law expert, said on Q&A that the 'assurances' gotten by Cowen were worthless

The budget of the Referendum Commission is public, and Government spending on the campaign should be monitored by the press.
However, editorial policy in the Irish Times and Independent are pro Lisbon.

The use of taxpayers’ money for the Yes campaign by the government in Lisbon 1 was unfair as the No side didn’t have access to public funds.
We will look more at funding and media manipulation in the near future

Posted by irishkitchengarden at 5:18 PM